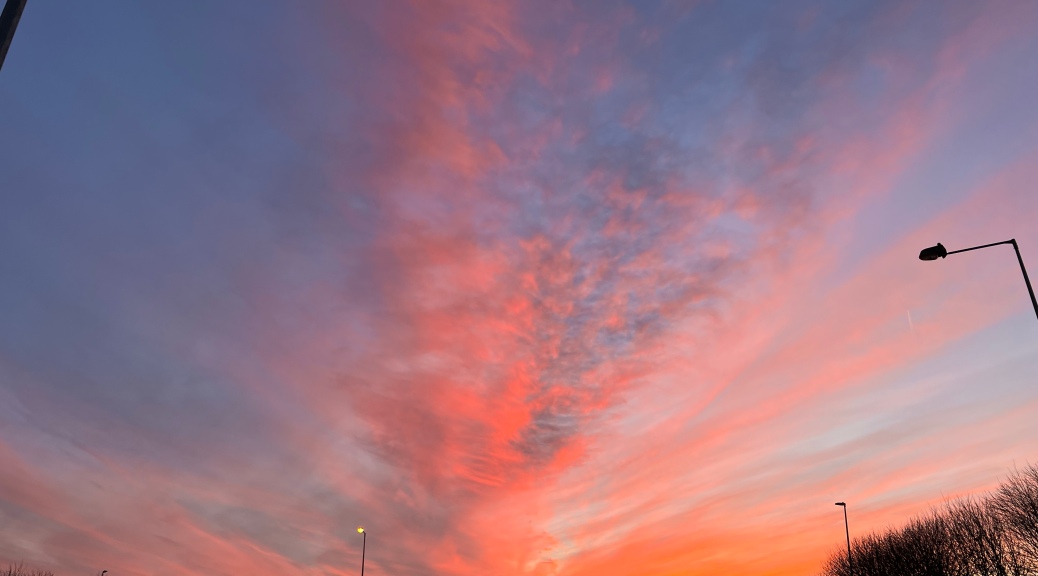 It should have been Two Years On, really, but I was around a month late last time, and if 2021 was good for anything at all, it was procrastination. A year in which not much went forward and not much went back. A year of holding your breath and waiting to see which way the spinning coin falls.

Plus, if I keep up this trend for long enough, I get to skip year 13 entirely, and that gives me something to aim for. Grab for those slender straws!

Let’s frontload this post with some updates of the kind that I dropped around this time last year. In keeping with the theme of the year, my cancer hasn’t really advanced or retreated in the past thirteen months, though it has thrown up some interesting curveballs. To wit, a small anomalous blob in my left lung was identified as something of concern, so my pill-based treatment was supplemented with some judicious Stereotactic Radiotherapy.

If you’ve never heard of this before, it’s a refinement of older generations of radiotherapy treatments, designed to deliver pinpoint radiation to small targets, like the aforementioned anomalous blob. Quite a bit of setup is required: I had a prep session in which I was fitted for a moulded beanbag bed and marked with some targeting tattoos, rendering me unsuitable for salvation according to several religions. Ah well.

The treatment wasn’t a barrel of laughs, but I’ll take boredom and discomfort over pain and ill health any day. Under the care of the excellent medical staff, I spent five sessions of an hour or so breathing very shallowly (observing the motions of my chest on a monitor so close to my face that I couldn’t focus on it) while the rotating sensor zeroed in on my problematic portions and the emissive elements zapped them into oblivion. Hopefully anyhow. Further scans will tell more.

On the similarly high-tech but much more invasive front, another anomalous blob further south in my torso called for a couple of cystoscopies. On the bright side, this anomalous blob appears to be entirely benign. Similarly brightly, I’ve now enjoyed live HD footage from inside my bladder. Not brightly at all: everything else about the experience, including an infection that dropped me in hospital for a few days after the first scan. The staff as always were excellent, but there are places where cameras are not meant to go, no matter how small and flexible they may be.

Of course, there’s whatever I went through in 2021, and there’s whatever the world at large was going through. 2021 was the year that refused to get better, as Covid worked its way through the Greek alphabet with a series of resurgences as the moneyed powers of the world tried to persuade everyone to go back to spending money even as the elite creamed as much off the top as they could get away with.

Does that sound a bit radicalised? Maybe I’ve been reading Twitter too much, but there’s a depressing refusal among western governments to look towards long-term solutions with regard to anything, pushing climate legislation down the road even as the Antarctic melts and the permafrost vanishes. The sclerotic nature of political systems occupied by people for whom government is a career rather than a job more or less guarantees a conservative status quo. I’ve said before that I think we’re heading into another cycle of revolutions driven by the tendency of wealth and power to accrue more wealth and power, but this time around external factors might end up intruding before any sea change is effected.

It’s funny when having incurable cancer isn’t the worst thing about your life. It’s bad when it isn’t in the top two. Covid and isolation take top spot, and I’m really hoping to at least escape into the wilds more often in 2022. Second place is taken up by the recurring nightmare of waking up in a world where fascist talking points are increasingly aired in public and creep in on the edges of “respectable” media. A world where Trump, Johnson, Peterson, Rogan, and Musk are defended by armies of vehement fanboys online and bitcoin and NFTs are promoted as the be-all and end-all of putting a price on everything in existence, no matter the cost.

Thank you for listening to my rant, and if you haven’t made it this far, please excuse the logical impossibility. 2021 was far from a terrible year for me. It was too quiet for that, in the first place. I got to spend time with my family, adjusting ever so slowly to the absence of dad, and when I was able to, I met up with my friends, whose presence I remain entirely grateful for.

I baked bread, I wrote a novel (NaNoWriMo once again), and I enjoyed the summer as best I could. I also got a new job, and if there’s a positive side to the year, it was this change: the job in question is as close to my dream position as any I’ve ever been in, and the fact that I’m still learning as I go is just the icing on the cake. At some point in the year to come, I may even meet some more of my workmates in person (I’ve met a few, but mostly it’s been a work-from-home year).

So 2022, or the ten and a bit months of it that remain, is not without things to look forward to. There are medical worries hanging over my head, but that’s par for the course these days, and as long as I can enjoy the open air and the working day, I’ll consider myself fortunate enough. Hopefully the year will bring enough good things that others will be able to say the same.