For all that Friday night and Saturday morning had been, respectively, late and nonexistent, we were both up early on Sunday. The Legal Local, being a sociable and organised sort of person, was leading a hike through the forests south of Brussels with a group of people from the InterNations expat community.

We grabbed sustenance and a tram and made our way to the Bois de la Cambre park, where we were early enough that we could sit around and chill out waiting for everyone to arrive. 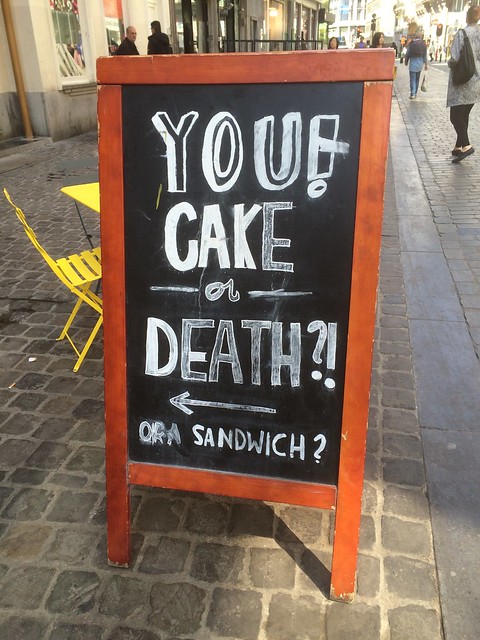 The hike itself began at noon, by which time we had gathered a group of around 18, of an impressive array of ages and nationalities. This wasn’t a high-energy hike, as Brussels is only gently hilly, so there was plenty of time for me to chat to people and find out their many reasons for coming to the city. This is a hub for international activity, so there’s always a need for new bodies and a way for people cut adrift from the place they grew up to meet others in the same situation.

A long loop into the Sonian Forest, occasionally dealing with tetchy cyclists but mostly in relaxed fashion, brought us at last back to where we’d started: the ferry station that leads to Robinson Island and the Chateau Robinson, where everyone was happy to avail of a beer or some similar refreshing beverage. I had a Vedett Extra Blond myself, supplemented by a waffle with chocolate, cream and ice cream. However relaxed it might have been, it was still more than 15km in the sun and I reckoned I’d earned it. 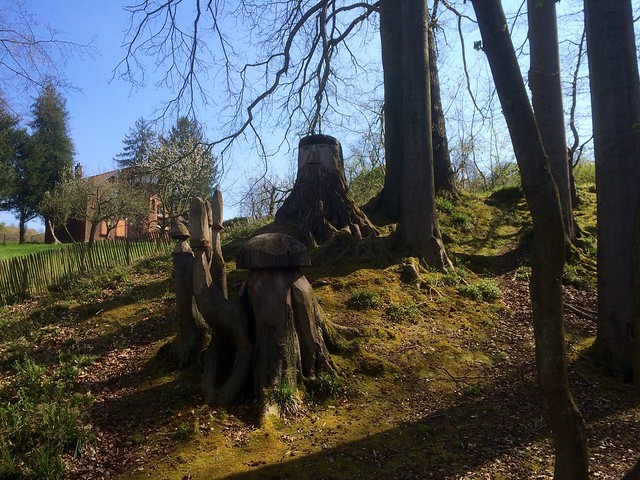 The group slowly broke up after that, and the last of us headed towards Flagey, where we had another beer (a Hoegaarden this time) sitting outside Belga, before the evening chill drove us to De Valera’s again, where we furthered our recuperation with some pretty decent burgers. After that though, the last of the crew went their separate ways and the Legal Local and I at last headed home, for one last restful evening of preparing for departure and packing.

I travel light, so packing doesn’t take me too long. The Legal Local was already away out to work by the time I left, and it was the warmest morning I’d enjoyed yet. I grabbed some pastries, fruit and water for breakfast as I headed up Troonstraat into town, crossing the Boulevard Waterloo and passing the Royal Palace before ducking down into those familiar streets and alleys.

I had hoped to pick up a few museums in the morning, but it turned out that Brussels is not fond of Mondays, especially Monday mornings. With the exception of the coffee shops needed to provide the nutrition and caffeine required to ensure humanity after a relaxed weekend, most places were closed. There was some activity in the museums, but it was all restricted to prebooked groups. 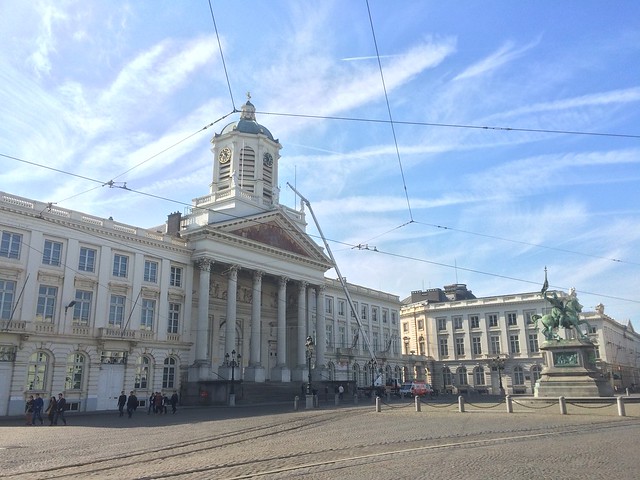 Instead, I wandered around the parks, enjoying the sun in the greenery of Brussels Park to the sound of the podcasts that I’d finally managed to download. As far as moments of rest and relaxation go before returning to Dublin and some job hunting, I could do a great deal worse. Come lunchtime, I ducked into Jat’ Cafe, with its fine coffee and excellent wifi, to sit and write this record up to date. The flight though wasn’t until the evening, which still left me with at least six hours to while away in the Belgian capital.

Fortunately, at that stage I’d more or less resigned myself to having a lazy, unproductive day in the Brussels sunshine. Once I’d departed Jat’, I headed downhill again, to some of the places I’d haunted on my first day in the city. In the streets around the Bourse, I picked up a cone of frites to serve as lunch, a fridge magnet for my parents and a Neil Gaiman graphic novel (the adaptation of The Graveyard Book) for my own reading pleasure. For the most part though, I wandered, imagined the things I might buy if I had the money or the baggage for it, and imagined what it might be like to live in a place like this. Quite pleasant if the evidence of my first visit was anything to go by. 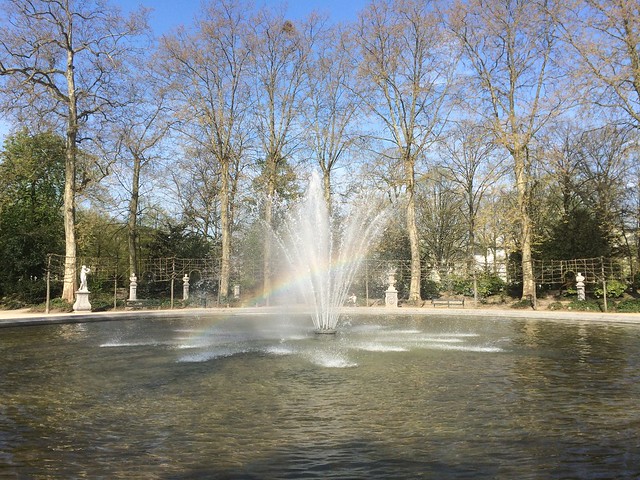 My circling route eventually brought me back to Jat’ Cafe, because the afternoon was drawing on and I required fortification in the form of one of the most decadent brownies I’ve had in a long time and a fruit smoothie that may or may not have been healthy but was certainly tasty. Thus rested and refreshed, I headed back south again to somewhere more familiar: Place Jourdan and more specifically Parc Leopold. In the company of swans, joggers and anyone else who was inclined to enjoy the afternoon, I laid my bag down for use as a pillow and snoozed for a while in the shade of a lakeside tree.

Sadly all good things must come to an end, and one last encounter with the Legal Local awaited. I returned to Place Luxembourg to return his keys to him, share a beer or two and chat about the visit just ending and potential other visits in the future. There was a chill in the air as I headed for the 21 bus to the airport, but it was less chilly than any of the evenings I’d enjoyed yet. Summer was coming to Brussels, just as I was leaving. 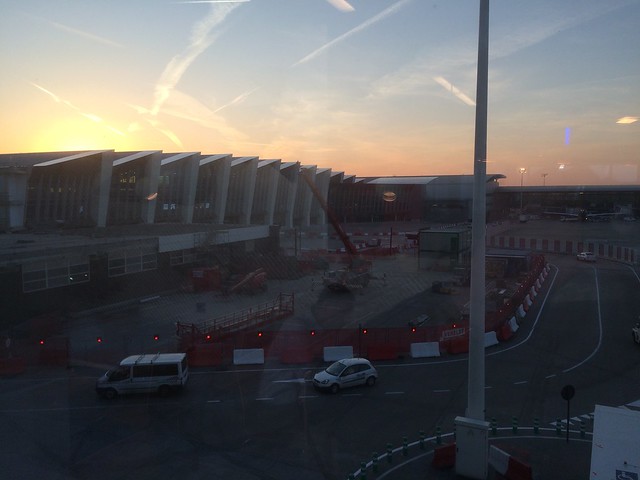 Of the trip to the airport, passage through security and duty free, and the inevitably delayed Aer Lingus flight out of Brussels airport, there’s not much that needs saying, At the end of a five day trip, I was relaxed and happy at spending time with a friend, making new acquaintances and exploring someplace new. As a recipe for life, let alone a holiday, it’s far from a bad one.