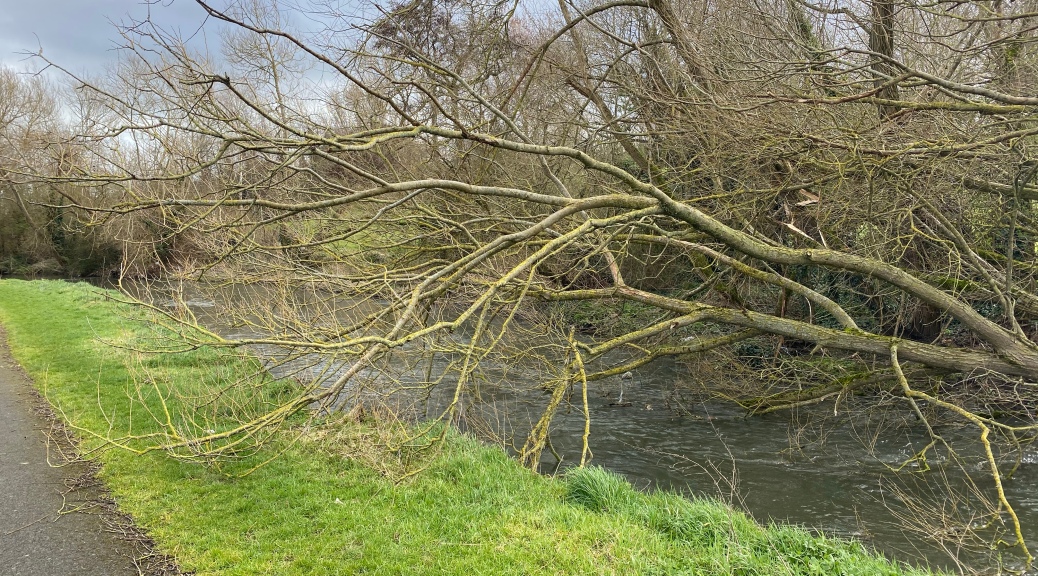 Well, that escalated quickly, didn’t it?

Or maybe it didn’t. We’ve been watching the news from China, and then from Italy, for the past couple of weeks now. We’ve seen epidemics spread before, and this is one we had plenty of time to see coming. (I cancelled a trip to Northern Italy a couple of weekends ago, before there was any news of cases here in Ireland. Maybe I missed my chance to be the local patient zero.)

So now we’re all in quasi-lockdown in Ireland. Or at least we are south of the border. Large gatherings are banned, shops have been sporadically denuded of a selection of items (flour, eggs, toilet-paper — sounds like the start of rag week in college), and those of us who can work from home have been strongly encouraged to do so. Which is a bit of a pain for me, as I have a Lego International Space Station set due to be delivered to work, and if there’s a classy way to go mad in isolation, it’s fiddling with a massive set of Lego.

Betrayed by timing once again…

Regardless of my Lego woes, there are bigger problems out there. Even at this first level of disruption, we’re about to find out exactly how robust the systems of our society are, and how much capacity we have to absorb periods of stress. I suspect we’re in for a rude awakening. Plenty of people now work freelance or on contract without support, and when their employers start grinding their gears in the absence of income, that pain is going to get passed along.

I’m not in that situation at the moment, thankfully, and there seems to be an initial burst of solidarity here, which is good to see, but how long that survives is the key question. Schools have shut months before summer was due, putting pressure on parents who may be struggling to make ends meet as it is, and our social services are already overworked. As someone with recent experience of the HSE, I can say that I’m glad my next appointment isn’t until the end of the month. At least I’m not adding more to what they have to deal with.

Ireland, of course, is sandwiched between the U.K. on one side and the U.S. on the other. In the former, a laissez-faire government is currently at war with businesses and organisations that aren’t quite as sanguine about the prospects of selective exposure working out when so little is known about how Covid-19 spreads. On the other, you have a government rotting from the head down and desperate to pass off responsibility for the problem to someone — anyone — while dragging their heels on doing anything. In comparison, Ireland looks like an oasis of calm, albeit one where two weeks ago people were up in arms over the fact that we didn’t have a government, and we still don’t.

We’re stuck this way for the rest of the month at least, which is going to mute the St. Patricks Day celebrations somewhat. Not that I mind — I haven’t been to the parade in years — but it’ll be a bit strange to have empty streets on a March 17th and a bit nice not to have hordes of drunken revellers infesting Temple Bar and staggering home at all hours. So let no one say that Covid-19 has brought nothing good.

After that, it’ll be back to the new normal. Properly leveraging all those many means of communication that we now have to keep touch with our family and friends. Getting out for regular walks so our muscles and brains don’t atrophy from being inside for so long. Making serious progress on your Netflix or Amazon Prime backlog, or your unread bookpile if you’re more erudite than I’ve become myself. And in the absence of my Lego set, I’ll see if I can finally get around to painting those three miniatures that have been sitting on my table for months.

For now, I hope you’re doing well in the midst of all of this, wherever you are, and that Covid-19 is brought under control to the point where our medical services can cope with a minimum of disruption. And as a last bit of entertainment, I offer a little Tom Lehrer (apologies for the lack of embedding — I’ll figure that problem out later):

Not a huge amount of news to share here. I’m aware that once again I haven’t updated in a little while (I had another post planned, but circumstances distracted me) but truth be told, I continue to take the pills and am still waiting on the CT scan at the start of April to find out what sort of work they’ve been doing. In the meantime, I’m doing my best not to become a total couch potato and remaining aware of my breathing (a little short right now but otherwise clear). Obviously, getting sick when my lungs are already below maximum capacity would lead to complications, so I’m going to avoid that too. For now though, life goes on and so do we all.